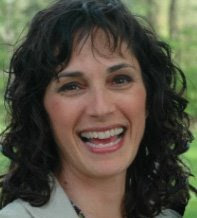 Katie Davis is the best-selling author-illustrator of seven picture books, including Who Hops? and Kindergarten Rocks!. I am super excited to share here her answers to my questions about her first novel, The Curse of Addy McMahon.

Your other books are for younger readers, what prompted you to write middle grade fiction?

In 1999, I read an article in the NY Times, about the threat of a heinous fairy curse. The article was about a storyteller in Latoon, Ireland who was trying to warn local officials about the potential danger revolving around the destruction of a white-blossomed hawthorn bush. The bush, it turned out, was rumored to be a fairy lair. Apparently, it stood in the way of a planned highway bypass, and if bulldozed, the fairies would curse the road and all who used it, causing crashes, death, and general mayhem.

I immediately imagined a girl here in the U.S. whose great-great-grandad chopped down a fairy lair back in Ireland generations ago. Even though the story was a long-standing family joke, what if she actually believed it just a little? She might blame the curse for all the crummy stuff in her life, even things that were her fault.

Why did you decide to remove the fantasy element in The Curse of Addy McMahon?

Alvina Ling at Little Brown read an earlier version entitled The Fairy Curse. She called me and said, "I know it's called The Fairy Curse but . . . what do you think about taking out all the fantasy?" I realized after her amazing feedback that it needed to be a story of Addy’s relationships, and her struggle to learn when to take responsibility for her mistakes, and just as importantly, to not take responsibility when things weren’t her fault.

Why did you decide to make the book a hybrid – part traditional novel, part graphic novel?

That came very late in the process. She'd always had a journal, though it took other forms over the years: a paper for history class, an autobiography for another class, and an on-going article for her school paper. I had art in it, but it was more collage-type things. Then Carolyn Crimi read it and said, "Why don't you make her an author and an illustrator, like you?" Then it hit me: her diary, which is, in effect, her autobiography, would be in comic strip form, and she'd call it her "autobiogra-strip"!

Can you tell us a little bit more about autobiogra-stripsTM?

As I wrote above, it's Addy's diary, but in comic book format. The manuscript had been rejected a few times and the comments I seemed to get across the board was discomfort with the seamlessness of the comedy/tragedy. I thought that aspect was great because that is what life is like. Addy’s father had died, her mom has a love interest, Addy loses her best friend whose new BFF is Addy’s arch enemy. But throughout, the book is actually pretty funny. Thing is, novels are not life.

When I thought about that, I realized using the graphic novel structure for Addy’s diary would be the perfect solution. A story is written to get the fullest impact so the reader feels the maximum emotional punch. But I didn’t want my readers jarred out of the story by a joke in the middle of a sad scene so I extracted all the hardest emotional parts and put them in the autobiogra-strips.

All of a sudden, the comedy stood out, and instead of fighting with the emotional moments, they supported each other. I had to learn to balance the comedy with the poignancy in the story, and it was very difficult. But I now think it’s that hard-won balance that gives depth to both the humor as well as the heartrending moments.

Oh, and I’m working on a site, autobiograstrip.com, which will allow kids to go and make their own autobiogra-strips. I can’t wait until it’s done!

Can you tell us a little bit more about your workshops that connect illustrating and storytelling to literacy?

First I teach them how to see. I tell them, “When you need to go somewhere but you don’t know how to get there, you look at a map. It gets you from Point A to Point B. Same thing when you’re trying to draw a face, for example. How high on the head should the eyes be? What is the relation of the nose to the ears? Notice the hair doesn’t stick straight out from the head (unless you are me in the morning).

Using an overhead projector, I take a transparency of a photo, and place a blank transparency on top of that. I trace just the outlines of the face – when kids do it later, we use tracing paper and pencils I provide with no erasers. This isn’t about a perfect, pretty picture – it’s about learning to see. There are lots of oohs and ahhs when I pull the tracing apart, but that’s not the fun part. Now I take that “road map” aka my tracing, and put another blank transparency over that. Using the tracing as a template, I know where to place the eyes, ears, hair, etc – but we turn them into cartoons.

Utilizing this new skill (there are samples by kids at http://www.katiedavis.com) the kids write and illustrate stories (often in their own autobiogra-strip) with characters they create.

I have a one-minute movie showing how I teach this process at http://www.katiedavis.com/movies. Click on Learning To See.

What was the hardest part of writing The Curse of Addy McMahon?

The toughest thing is watching it take its first “steps” in the real world. It’s scary waiting for that first review, or reactions from kids, the most important “reviewers”. I’m thrilled (okay, and relieved!) that I’ve gotten such positive feedback for this book.

What was the best part?

I have two favorite things.

The first I need to preface with an explanation. When a book is finally completed, and the author has finished the rewrites requested by her editor, the manuscript goes to a copyeditor. A copyeditor is your Uber-English teacher. S/he marks up the manuscript with grammar, punctuation, and spelling corrections. S/he also comments on consistency and continuity (time gaps or mistakes), or anything that doesn’t make sense or is questionable.

My first best part of writing The Curse of Addy McMahon was hearing my editor tell me he’s never had anyone have so few copyedits. That is a source of great pride for me! The second is having kids write to me, telling me how much they loved the book. That is a feeling I can’t even describe.

What do you want readers to take away from the book?

That they had a ball reading it. Maybe that they’ll view the world a little differently, and most of all, perhaps they’ll be inspired to write their own autobiogra-strips to express themselves.

How do you deal with “bad writing days”?

I either do something else, or I power through. It depends how bad it is. Making sure I put my rear in the chair again the next day is the most important thing about a bad writing day, though. Doesn’t always happen, but I try!

What children's book would you like your work to match or surpass (in terms of writing, illustrations, popularity, or awards)?

The chance of getting a big award is, well, a fantasy. Ten thousand children's books come out per list. I just have to write the best book I can and hope it finds its audience.

When I first start working on The Curse of Addy McMahon nine years ago, I read Holes. I think it’s a perfect novel. I so admired the way Sachar wrote, weaving all the threads together and I went for that, stuffing everything into the plot that I could think of. Then I realized, “Hey! I’m not Louis Sachar! I better write my own book.” I ripped out all the fantasy, lost 180 pages, and rebuilt the story.

In the years since, I forgot all about that desire to have lots of interconnecting threads and just rewrote and tried not to force things. After reading the final version it struck me that I got all the threads I wanted.

Was there a time when you were a kid that you thought you were “cursed”?

Pa-lenty of times. I have ADHD, though no one knew what that was in those days. I just thought I must be cursed. Now, though it’s still hard to work with it (rather than fight it), I know I’m blessed, not cursed!

What is your favorite or strongest memory from when you were around Addy's age?

One that stands out is my first day of seventh grade. My school system went from K-6, then 7-12. Going into the new school in seventh grade was a huge deal. I went shopping for my school clothes, and decided what I’d wear – a dark brown wool turtleneck that I thought made me look very sophisticated. It ended up being about 95 degrees that day. It’s hard to look sophisticated when you’re sweating buckets.

Anonymous said…
Whoa! Very interesting questions from Tarie and great answers from Katie! The Curse of Addy McMahon seems very promising. I am already intrigued and would like to read it as soon as I can :)

I was surprised when Katie said that she read Holes when she started writing her book. Holes is the book that sealed my love for YA fiction. Katie has great taste :p I think it'll be very interesting to see her own take on a similar premise as Holes'.
12:12 PM

Tarie Sabido said…
Thank you so much, Isaac! It is great learning more about Katie and her work and learning from Katie about writing and illustrating children's books. :o)
2:27 PM 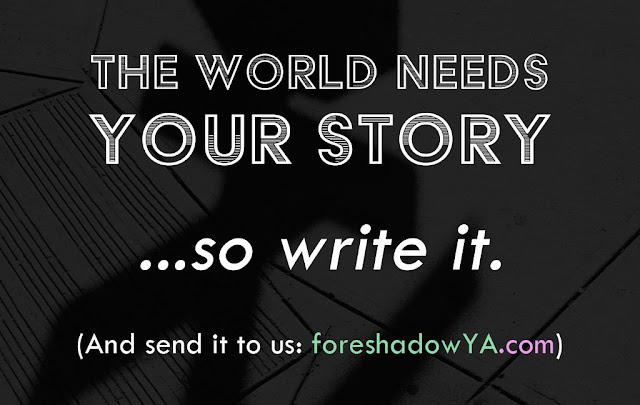