Fusion Story: The Fold by An Na 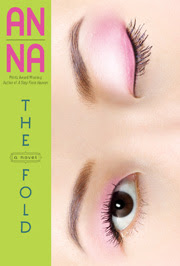 "Joyce stepped back to the mirror and pulled out two sheets of tissue from the dispenser on the counter. She leaned forward, raising her tissue-swathed index fingers to her face. The huge zit pulsed with pain, but she held her breath and gave it. One. Last. Push. Eye-rolling, teeth-clenching, nausea-inducing, searing pain flooded her body, but in the mirror, Joyce could see the beginnings of a white nugget like a tiny grain of rice oozing out from under her skin along with pus-streaked blood. Joyce gasped and watched with revolt and glee as the alien seed emerged from the mother ship that was her temple. She got it."

That is part of the perfect beginning to a novel about the different images of beauty and society's preoccupation with them. We are introduced to Korean American Joyce Park through an opening chapter where she is obsessing over a zit because she wants to look her best when she asks her very popular and very hot crush to sign her yearbook.

Joyce is always compared to her beautiful, sexy, intelligent, and overachieving older sister Helen. Living in Helen's shadow makes Joyce angry at her sister and insecure about her own looks and abilities. Joyce's aunt, Gomo, is obsessed with looks. Gomo has gone through so much plastic surgery that Joyce and her younger brother Andy call her "Michael" (after the singer who has altered his appearance beyond recognition). When Gomo wins the lottery, she gives her family gifts that will help them improve their looks. She gives Helen an expensive and gorgeous traditional Korean outfit. She gives Andy shark liver extract pills with a special Chinese root for growing taller. Joyce's father gets a sharp new suit and shoes with lifts in them to make him look taller. Joyce's mother gets permanent makeup tattoos. Gomo offers Joyce free plastic surgery: blepharoplasty, the eyelid surgery that many Asians undergo to give their eyes folds.

Gomo's plastic surgeon, Dr. Reiner, glues back part of Joyce's eyelids to create the effect of the double eyelid fold surgery. This is temporary and is meant to help Joyce decide whether she will go through with the operation. Joyce feels prettier and more confident while trying "the fold" on a trial basis. Maybe with the permanent fold she will have a chance with her infatuation, the half-German, half-Korean, all-American John Ford Kang!

In addition, I was truly fascinated by the beauty of the Korean/Korean American culture shown in The Fold. Best of all, by the end of the novel I was teary-eyed because I realized that it is also about the beauty of family.

Obviously, as an Asian, I know several people who think that their eyes are ugly because they have no eyelid folds. I never did understand why they do not like their eyes. :( I like their eyes just the way they are! In fact, I think the absence of the fold is BEAUTIFUL.

About the Author: An Na was born in Korea and grew up in San Diego, California. She is a former middle school English and history teacher, and the author of Wait for Me and A Step from Heaven (National Book Award Finalist and Printz Award winner). She lives in Montpelier, Vermont. Visit her at www.anwriting.com.
Asian Pacific American Heritage Month books fusion stories reviews young adult fiction

Natalie, the Chickenblogger said…
It's all about the differences... that's where beauty, at least one aspect of beauty, lies. What a great topic, and the beginning of the book... oh Lord, it's too painfully familiar! lol... I wanna tell her *NO! Don't do it. It will swell and get red and angry and be even worse!* Gee, how would I know?! Growing pains and identity... such a tough road.
1:12 AM

Tarie Sabido said…
I agree! It would sooo boring if everyone were beautiful in the same way. Blaaahhh. I know too many Filipinos who want to change their looks because of society's standards of beauty. It makes me sad. They don't believe me when I say that their "Filipino beauty" is great. :(


The Fold is an excellent novel on growing pains and identity!
12:01 PM 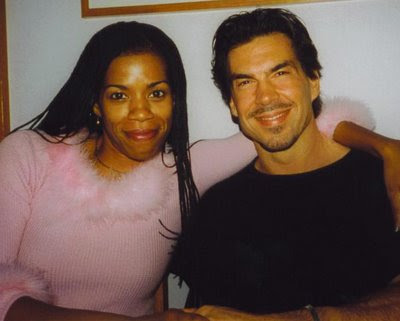