And the award goes to...

I just watched the live web broadcast of the American Library Association's (the oldest and largest library association in the world) 2008 Youth Media Awards. This is the academy awards of children's and teen literature. It was great hearing the cheers of librarians, publishers, and other guests from miles away. It was all so exciting! :D

Below are the winners of the oldest and most famous awards. To be honest, these are the awards I care about the most because past winners were such an important part of my childhood. My teachers read aloud Caldecott books. As I got older, teachers assigned Newbery winners as reading homework. Now I have a deep and scholarly interest in the Newbery. I've been trying to collect all Newbery winners and honor books like crazy. One of my graduate papers, for a class on individualism in American literature, was on the Newbery. And *gulp* I plan to write my master's thesis on the Newbery.


The Randolph Caldecott Medal is awarded annually by the Association for Library Service to Children, a division of the American Library Association, to the artist of the most distinguished American picture book for children.

The Wall: Growing Up Behind the Iron Curtain by Peter Sís (Farrar/Frances Foster)

Knuffle Bunny Too: A Case of Mistaken Identity by Mo Willems (Hyperion) 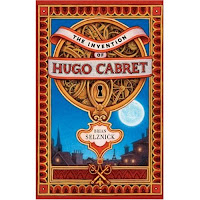 The winner of the 2008 Randolph Caldecott Medal:

The Invention of Hugo Cabret by Brian Selznick (Scholastic)


The John Newbery Medal is awarded annually by the Association for Library Service to Children, a division of the American Library Association, to the author of the most distinguished contribution to American literature for children. It is the first children's book award in the world! 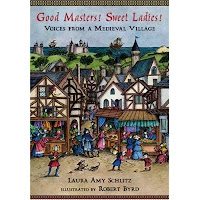 The winner of the 2008 John Newbery Medal:


I am sooo glad I bought The Invention of Hugo Cabret as a Christmas gift to myself. Now I need/want to go out and buy the 2008 Newbery winner and honor books. There's still the winners of the other youth media awards to check out too!
books children's book awards children's literature happy thoughts

Anonymous said…
Collecting Newberry winners seems all right as a vice if there's only one every year - but what year did they start giving out these awards? :-)
11:26 AM

Tarie Sabido said…
Hehehe. It's the oldest children's book award in the world. They started giving it in 1922. I collect the winners AND honor books. So that's more than one every year. It's a kinda expensive vice. But it's worth it! *shameless* Well, no, not that expensive. I usually buy from Booksale - so that's just around 50 pesos per book. :D Thanks so much for leaving comments, Blessie!!!
8:58 PM

Anonymous said…
No sweat - I couldn't help myself :-) Gee, it's not easy finding the exact book you want in Booksale, but yeah, that makes it an even bigger occasion to celebrate when you do! (And at those prices too, hehehe :-) )
11:04 AM